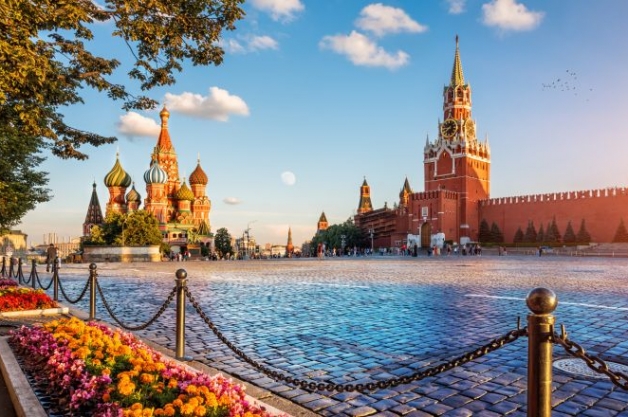 Russian tours for foreigners often begin from Moscow, although it is called the state within the state because it differs too much from the main part of the Federation. The capital of Russia in terms of industrial production follows St. Petersburg, working for population according to the official legislation – 7.2 million, i.e. 58% of the total population of Moscow and 10% of all Russian population. Disproving popular myth about the “rich indigenous population” of the capital – only 1 of 5 richest Moscow inhabitants was born in Moscow. Debunked another myth – that “Moscow never sleeps”: the average duration of night sleep ranges from seven hours eighteen minutes a day.

The capital with its Central part of a thousand square kilometers is located on the banks of the Moskva River, in the Eastern part of the European plain, between the Baltic sea and the oldest mountain ranges of Russia – Ural.

The population of the world’s largest capitals, excluding residents of agglomeration and daily migration, Moscow ranks (12 379 652 people) fourth after Beijing, Delhi and Tokyo, ahead of Seoul; the aggregate population of satellite cities-is eighth. As a city, Moscow with an area of 2511 square kilometers in the ranking of the largest cities in the world is far behind the leader – Chinese Chongqing, whose area is 32.8 times larger – 82,403 square kilometers. It should be noted that according to the UN forecast “cities of the world in 2016” Moscow is not among the twenty most populous megacities. The question of the high cost of life in the capital of Russia still has no single answer – according to the rating 2017 Analytical division of the English edition of the Economist, Moscow was not among the ten most expensive cities in the world (the leader of the list – Singapore, Copenhagen and etc.). Apparently, the American company Mercer uses a different approach in research and data for the same year: Moscow was in third place in the world. There are 7.2 square meters of green spaces for each resident of the capital. And the average for Russia this figure reaches 60 (which is comparable to Australia).

Moscow is the Fifth largest metro system in the world, founded in 1935 with current passenger traffic of 2.45 billion people a year.

274 Museum, 168 theatres for children and theatres. Gems, jewelry, ingots of pure gold and platinum, attributes of Imperial power (power, crown, and scepter), presented in the rarest collection of the Diamond Fund (1967). The Armory Chamber, created on the basis of the Armory of 1806, includes nine rooms (a historic building of the 19th century), filled with four thousand exhibits that embody the memory and pride of the Russian people: Monomakh’s hat, Ivan the terrible’s throne, as well as the combined throne of Ivan V and Peter Alexeyevich.

Describing not just a city, but a phenomenon like Moscow, it is worth mentioning that according to urban development standards for a decent lifestyle every 1,000 m2 should have no more than 14 residents, and Moscow figure has already exceeded 16. For roadway and traffic interchanges in cities with a population of over 7 million – should be allocated from 1/5 to 1/3 of the total area of the city, meanwhile, the Moscow figure – 1/10.